These pictures are from my trip to Sighișoara, Romania in 2006. During this whole big trip across Transylvania I wanted to visit as many Dracula-related spots as I could. I’d heard that Vlad’s birthplace had been turned into a touristy restaurant, and as I approached it was immediately clear this was correct! 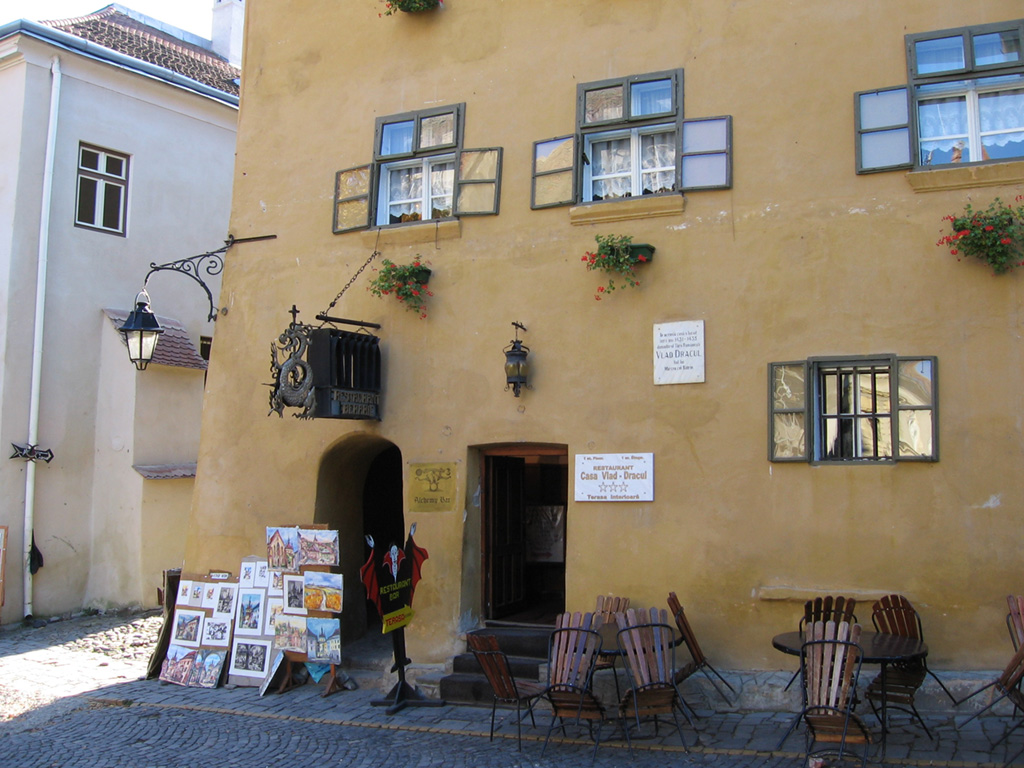 One small regret I have from this trip is that, as I was backpacking and hitchhiking and traveling with very little money, I had to opt not to eat (or even have a drink) at this restaurant. I only got as close as the front door. So this is definitely on my list of things to do during my next Romania trip. 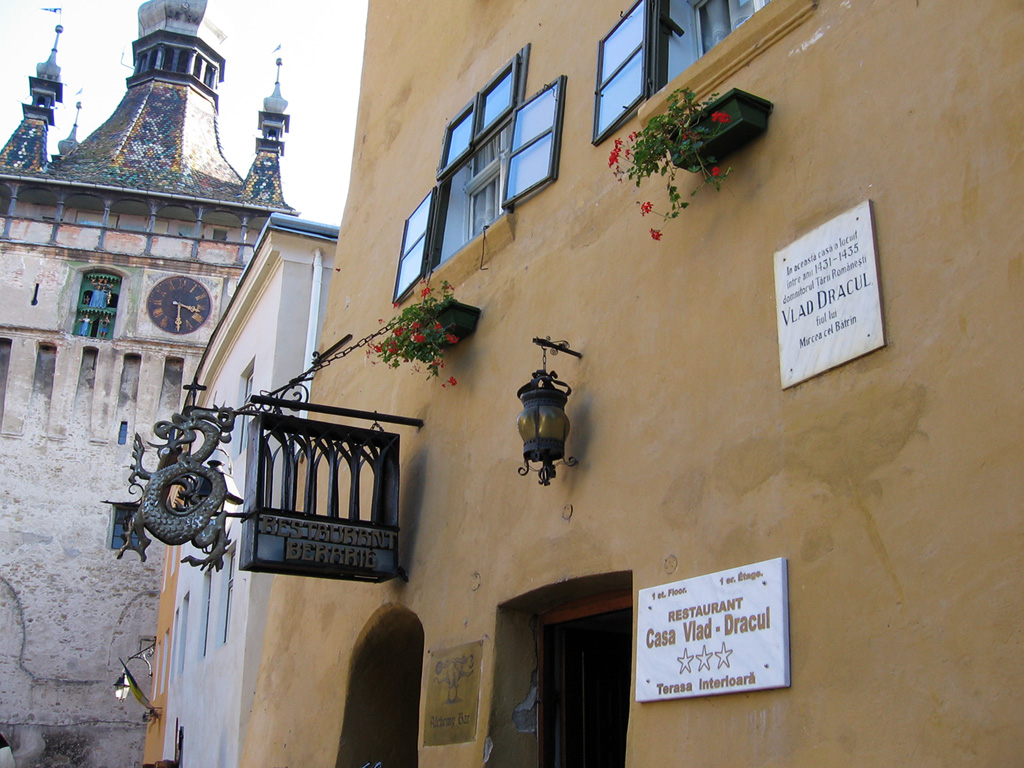 I’m not sure if the official name of this place is Restaurant Casa Vlad Dracul, as seen on the white sign on the wall, or Restaurant Berărie, as is written on the metal sign. 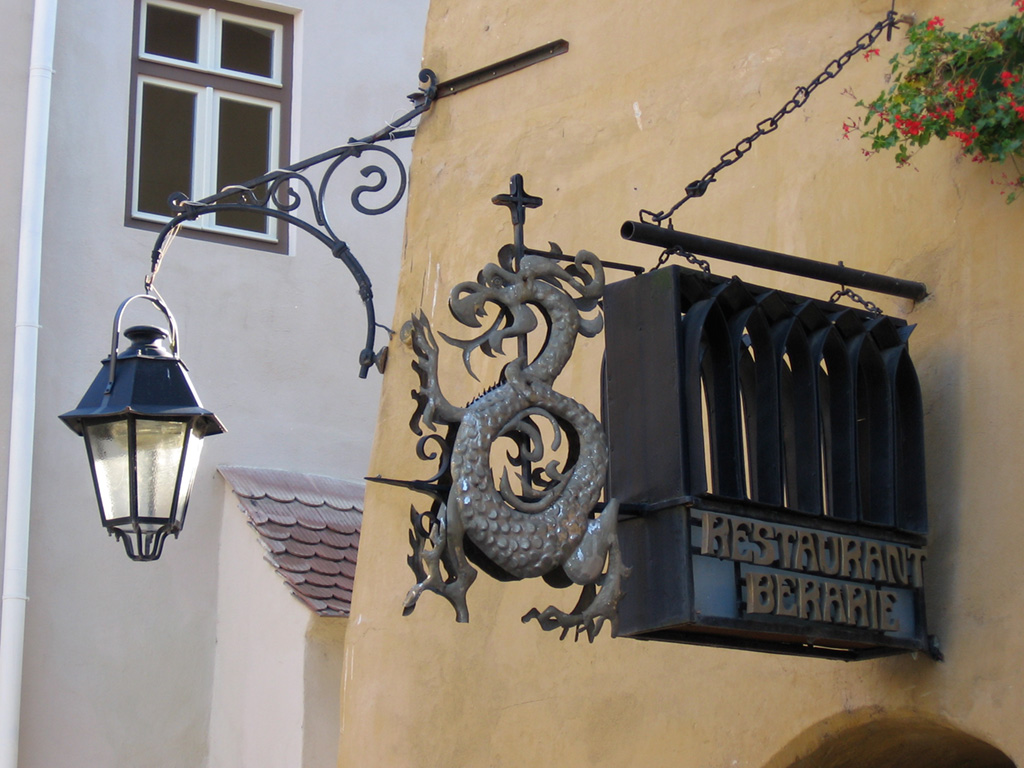 The Restaurant Berărie sign features a dragon, which is a reference to the Order of the Dragon, of which Vlad and his father were both members, and which is of course the source of their respective nommes de guerre, Dracul and Dracula. 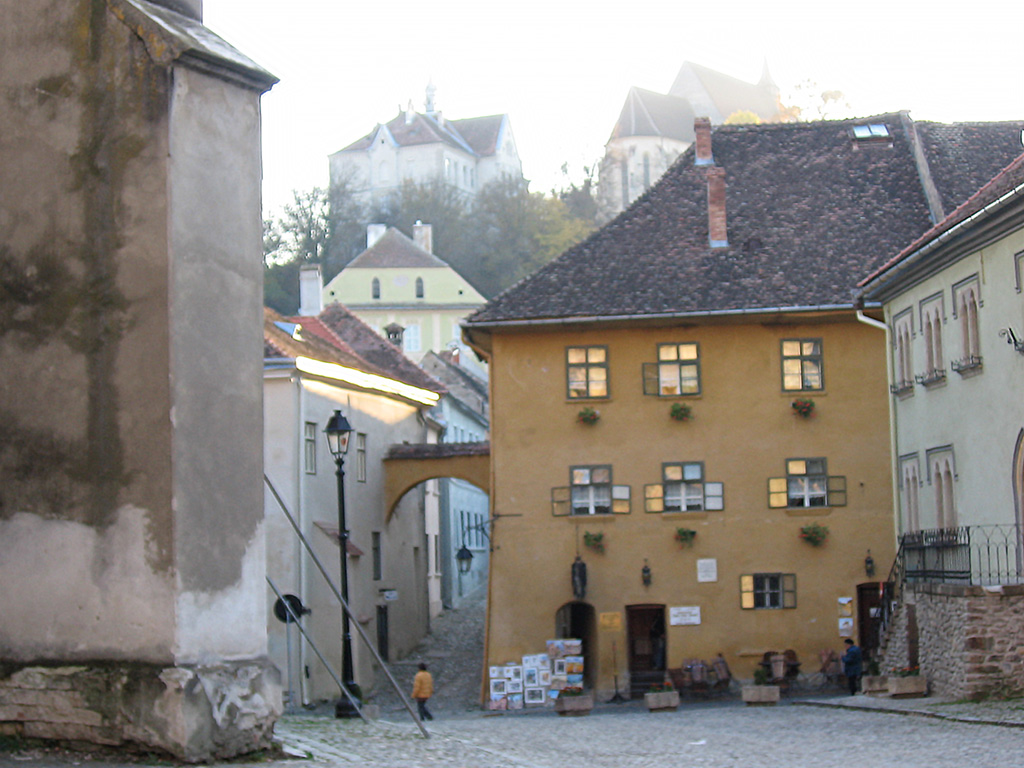 This view of the building from farther away was taken not far from the spot where the bust of Vlad the Impaler is, facing the restaurant. Imagine Vlad playing here as a young boy! 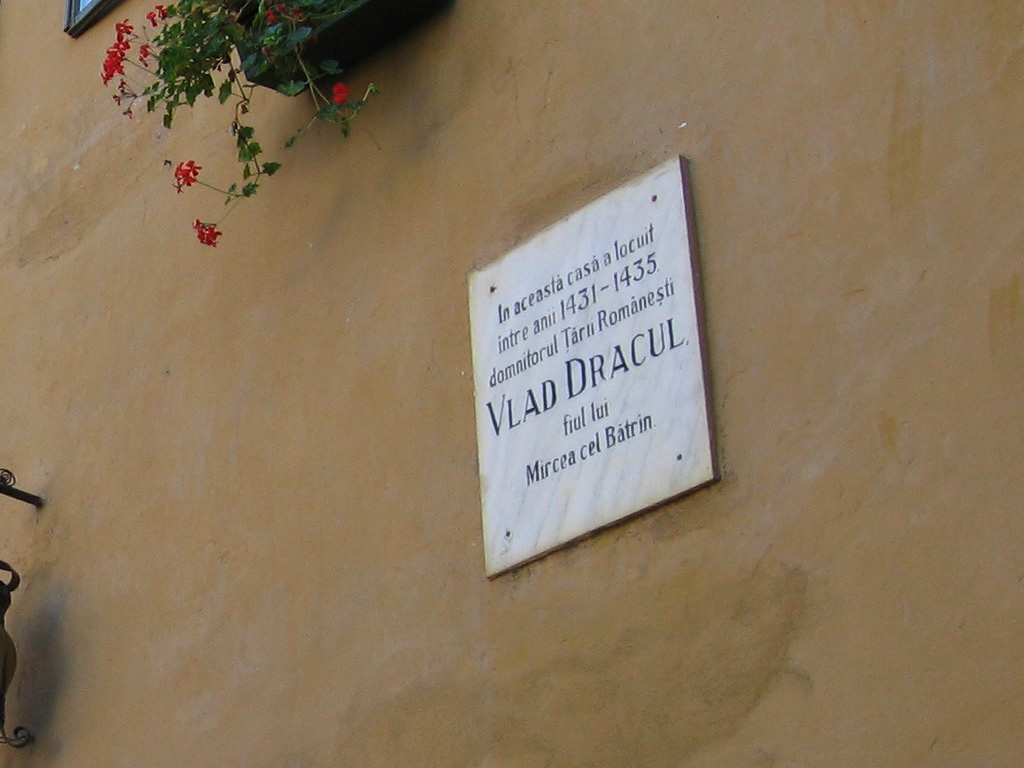 The sign on the wall outside references Vlad the Impaler’s father, Vlad II, aka Dracul, and Vlad’s grandfather, Mircea the Elder. The sign says, “În această casă a locuit între anii 1431-1435 domnitorul Țării Românești Vlad Dracul, fiul lui Mircea cel Bătrân,” which translates as: “In this house between the years 1431-1435 lived the Romanian ruler Vlad Dracul, son of Mircea the Elder.”

It’s interesting to me that Vlad III (Dracula) isn’t mentioned on this sign, but it’s important to remember that he’s a quite bit less prominent in Romanian history than he is in Western literature. The sign also looks a bit old, possibly dating from a few decades ago before Dracula mania had really taken off in modern pop culture. All of the research I’ve done indicates that this is indeed the place of his birth, and I’m assuming that this sign focuses more on his father, Vlad II, because he was actually the ruler of this region during the time he lived here.

I’ll be posting more pics from my travels across Transylvania soon!

3 Responses to “Vlad the Impaler’s childhood home in Sighișoara, Romania”