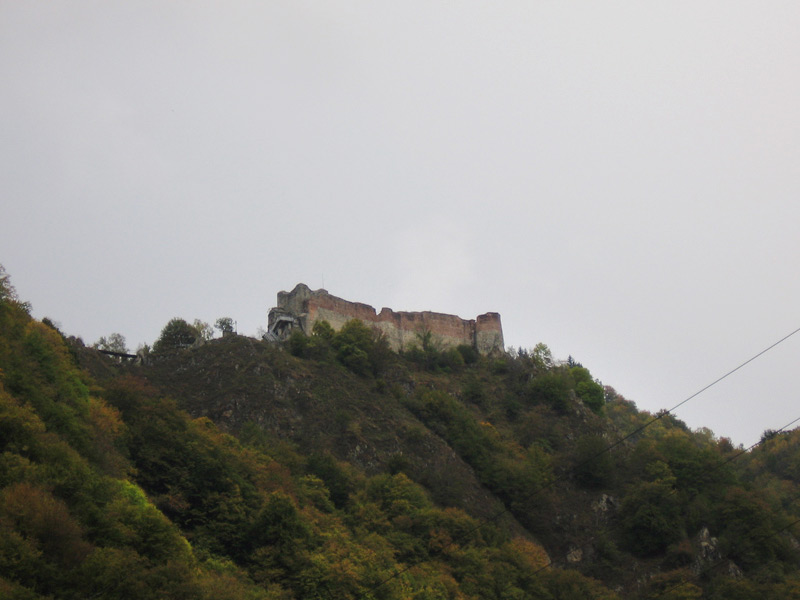 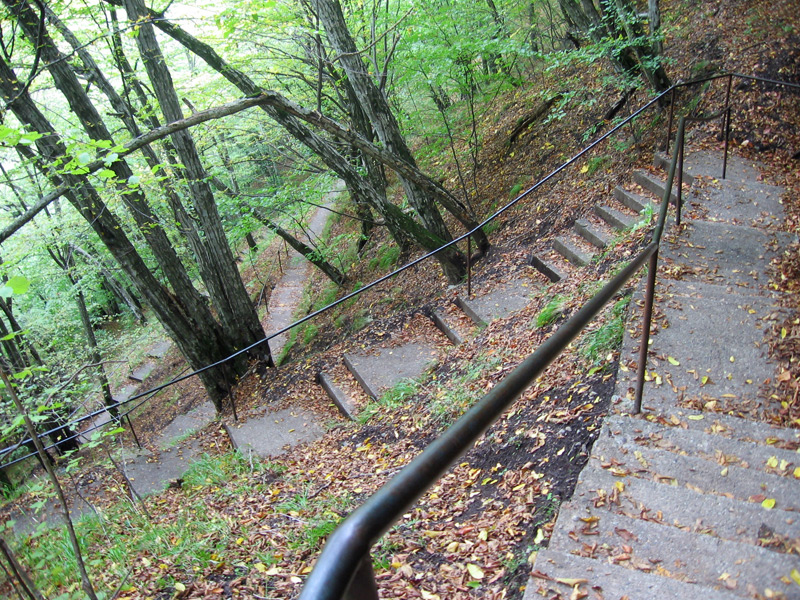 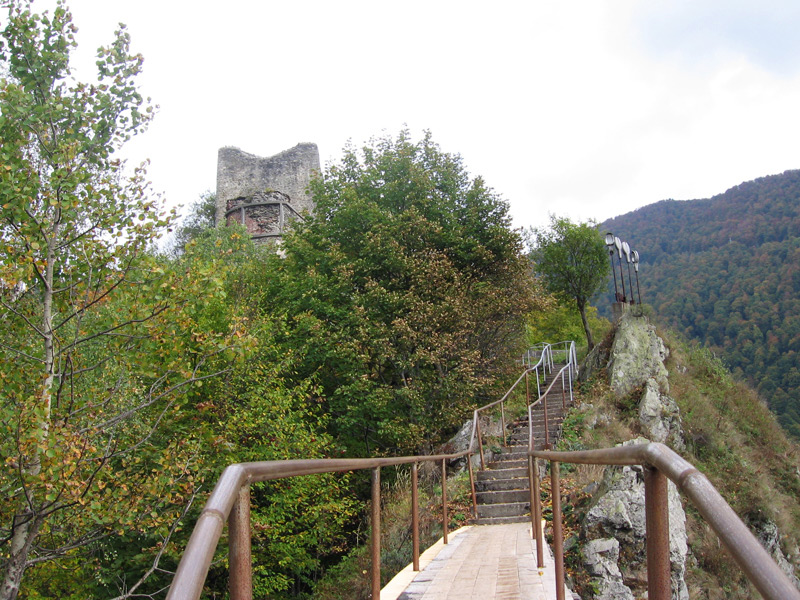 At the top of the steps, there’s a newly-constructed office (not shown) with a guard who charges visitors 2 lei (note: this was 2016; it’s certainly more now) to continue on to the castle. After you get your ticket, you cross this little bridge and you’re there! 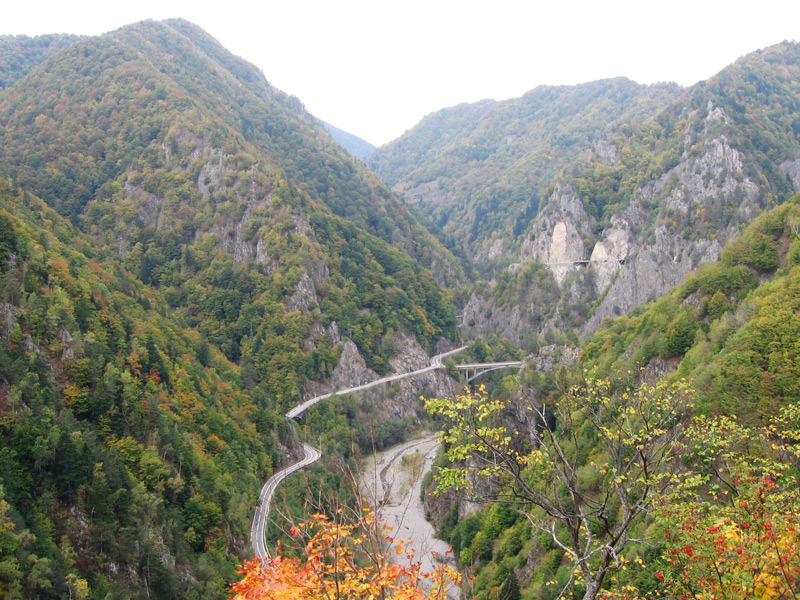